As a journalist, Girish Gupta was expected to make sense of the numbers behind the story. Now behind a new app, DataDrum, that tracks crucial data in countries like Venezuela, Gupta talks to Latam.tech about why he’s banking on data.

Having left England for Latin America in 2010, Girish Gupta aimed to cut his teeth on investigative journalism on the continent. After years as a freelancer, his dream gig came to him in the form of a position in Caracas, Venezuela, for news behemoth Reuters.

The timing was extraordinary as Venezuela’s economic fortunes turned. As one of the few English-language journalists in the country, Gupta found himself busy cataloguing the slow descent of the country into chaos. Having seen first hand the turmoil on the ground, Gupta realised he wanted to get a larger sense of the story and the former physics graduate soon realised he needed to understand the numbers behind the individual tragedies that he was witnessing.  “What I wanted to understand is what on earth is going on here,” he told us, “It seemed like such a mess.”

One of the bigger challenges he faced was in getting the figures right when telling the story as many of the official government figures were untrustworthy. Gupta did believe, however, that some of their numbers paint a true picture of the crisis. He cited the M0 data, for example, to be on point in showing how the government had printed 20% more of their currency, a feature that occurs largely in countries with hyperinflation.

There was also a lack of statistics and data for countries like Venezuela. “So I write some code and then put it on a website and realised loads of people are using this website,” Gupta said as he put out an iPhone app with data on Venezuelan currency and other important indices.

Gupta was surprised to see that the app got 15-16,000 downloads and soon started to wonder who his customers were. Realising that this data wasn’t just of interest to journalists, he began to see that the hunger for numbers extended to finance, government institutions and universities outside of Venezuela as well. 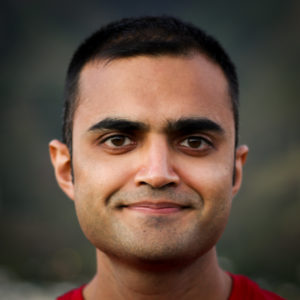 “Data is a fundamental way of trying to understand the world,” Gupta said, claiming that articles using the information on Datadrum can also be automated in the near future. He doesn’t believe, however, that the innovation would represent a threat to journalists. “Data journalism is very nascent, fast-moving and has the better future but more derivative journalism will probably be replaceable by this [technology].”

For now though, with his journalism career in the rearview mirror, Gupta will continue on with Datadrum and will add other troubled regions (South Sudan being one of them) in the hope that the model can be monetised some day soon by offering the data on a subscription model and forming larger contracts by selling raw data to institutions.