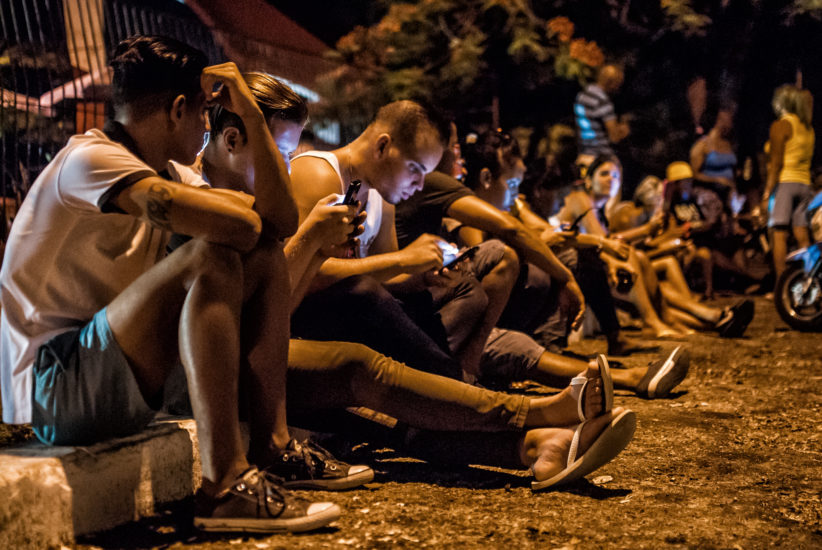 It is this mentality – this resolver – which is driving tech opportunities in the Communist state. The people of Cuba have spent the the better part of a century making do with what they have, and their unique approach is influencing a current wave of digital ingenuity.

Case in point: accommodation application Mi Cama. The platform is a service for Cubans by Cubans – allowing people to offer lodging options across the country to citizens who may not have enjoyed travel in their homeland before. But there’s a twist: since internet in Cuba is relatively poor – with only 4.1 per cent of homes connected and cellular data basically non-existent – Mi Cama lets users search the database of homes completely offline.

Most Cubans looking to send a tweet must find an internet-access point and wait in long lines to log on. Even at home, the internet is not cheap either: ETECSA, the state-run service-provider, has a monopoly on the island and charges customers $1 per hour for a painfully-slow service. Such an hourly rate is simply not realistic in a nation with an average monthly income of $30.

To allow internet access for the masses, the Cuban government established free Wi-Fi zones across the nation: parks mostly, but a few hotels and stadiums too, totaling 725 in total across the island of 11.5 million inhabitants. These spaces are filled with teens on cell phones and grown men on laptops, forming a rare oasis of connection to the outside world.

To cope with this situation, Mi Cama founder and chief executive officer Rafael Martinez told Latin America Reports in a written statement that offline capabilities and the option to download from public internet were a must while developing the platform.

“Currently we’re in a situation where internet connectivity via mobile phones (3G) is limited,” he said. “Thus we are taking an approach that takes into account this reality and provides offline options. As 3G connectivity arrives next year, as the Cuban government has promised, we definitely take advantage to add features in our platform.”

Martinez said his platform is a way for Cubans to explore and experience the nation as they may not have before. Cubans are innovative and startups were bound to increase as the internet improved, he added.

“Within Cuba there are so many incredibly brilliant folks with the drive to do lots of things. My personal opinion is once greater internet access and bandwidth arrives it will be possible to unleash this potential and create new projects, for example digital payments,” Martinez said.

It remains to be seen what the future holds for Cuba and its coming crop of digital startups, but the prospect for further innovations look brighter than ever.