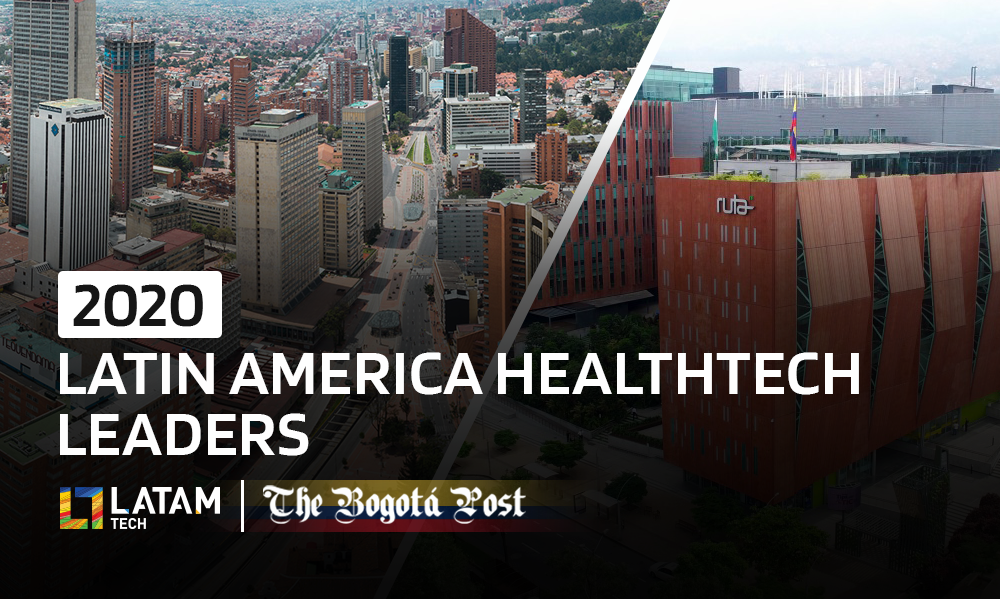 Since Latin America’s first confirmed case of COVID-19 appeared in Brazil on February 26, the official number of cases ballooned to 65,000 in mid-April, with many experts predicting actual numbers much higher due to lack of testing and under reporting across the region.

Many factors make Latin America — along with other developing regions of the world — more susceptible to the negative impacts of the virus. Perhaps most notably, healthcare systems are underfunded and lack vital resources. According to The Brookings Institution, Latin America and Caribbean nations spend $949 per capita on health each year, just over a quarter of what OECD countries spend, and Guatemala and Haiti, with a combined population of about 28.4 million people, count just 100 ventilators between them – machines which are crucial to keeping patients severely affected by COVID-19-related breathing complications alive.

While some nations like Cuba and El Salvador are receiving praise for their swift actions to combat the spread of the virus, leaders in countries like Mexico and Brazil are being criticized for their delayed responses.

But while political leaders in some parts of the region faltered, private industry and academia stepped up to find answers to the most difficult problems facing the region related to the outbreak. With this in mind, we partnered with The Bogota Post to take a look at the top healthcare technology leaders from Latin America in 2020.

Dr. Javier Jaimes is a Colombian veterinarian, virologist and researcher at Cornell University in Ithaca, New York. Beginning his long career in academia at the Universidad Nacional de Colombia studying virology and infectious diseases, Dr. Jaimes’ advances in virology have led him to the front lines of the COVID-19 battle. He and his lab team at Cornell are currently studying how coronaviruses enter host cells, a process that is vital to understand when creating treatments or preventative vaccines for the virus. His work brings him in very close contact with the virus. He recently told the BBC about the strict protocol he and his team adhere to before entering the biosecurity booth, which is located in a completely isolated area of the university, that contains strains of the novel coronavirus for research.

Mauricio Toro is a Colombian entrepreneur and founder of Techfit, a startup medical device company operating in Medellín, Colombia as well as in Florida in the United States. On March 17, Mr. Toro and a group of engineers from the country posted the first plans for an open source ventilator, a machine desperately needed by healthcare professionals to provide life support for patients stricken with severe breathing problems related to COVID-19. Colombia’s healthcare system only counts 5,300 ventilators across the country, and Toro’s team’s goal is to mass produce 1,000 per day. The project, dubbed #InnspiraMED, has successfully snowballed into three simultaneous respirator development projects, one of which will be tested on humans the last week of April, and hopes are that large manufacturers can begin mass production soon.

Dr. Irene Bosch is a Venezuelan research scientist at the Massachusetts Institute of Technology and an adjunct professor of medicine at New York’s Mount Sinai School of Medicine. She’s also the co-founder and CTO of E25Bio, the Cambridge, Massachusetts based biotech startup that creates affordable, rapid test kits for infectious diseases and viruses. Recently, the company developed a home test kit for COVID-19 that resembles a home pregnancy test. A narrow strip on the end of a stick turns red if proteins found in COVID-19 are found in the saliva of the patient. The company is currently seeking “emergency use authorization” from the U.S. government to manufacture and deploy the tests across the country.

Adeo Ressi has been an influential member of the Silicon Valley technology scene for decades. Ten years ago he launched Founder Institute, the largest pre-seed technology accelerator on the planet, which counts 26 chapters in Latin America and the Caribbean alone, stretching from Mexico City to Buenos Aires. In March, Founder Institute launched the “Public Health Startup Fellowship” for qualified applicants worldwide who are working on solutions to “cure, prevent and mitigate threats to public health.” Accepted applicants will be mentored through the FI program with zero course fees. The accelerator also has a long list of current healthtech innovators in its portfolio, including Doc Doc, the Bogotá, Colombia-based telemedicine app that virtually connects doctors with patients for round-the-clock health advice.

Adrián de la Garza Herrera is the co-founder and CEO of Doctu, a Monterey, Mexico-based telemedicine startup. The platform connects patients with physicians, psychologists or nutritionists remotely via its mobile app so patients can have swift feedback from medical professionals 24 hours per day. Mr. Garza recently published a message on LinkedIn in which he offered Doctu’s services for free to anyone experiencing COVID-19-related symptoms in Mexico. According to his message, the company organized a team of doctors who are providing services specifically for these types of cases.

Dolmarie Mendez is the co-founder and CEO of Abartys Health, a healthcare data solutions company that is based in Puerto Rico but services the United States healthcare market. Her team has built a centralized data hub that allows for seamless data flow and communication between insurers, doctors, and patients with the goal of reducing the hundreds of billions of dollars in annual losses in the U.S. healthcare market. At the end of March, the company launched PatientLyink 2.0, a platform that enables universal patient identification to provide faster response times for lab tests, including COVID-19. Ms. Mendez, who previously worked in the insurance industry for decades, co-founded Abartys Health in 2015 with Lauren Cascio, and the company was incubated at Parallel 18, a startup accelerator backed by the Puerto Rican government and helmed by Sebastian Vidal, who previously ran Startup Chile.

Felipe Chávez Cortés is the co-founder and CEO of Kiwibot, an autonomous food delivery robot that’s often seen roaming around on college campuses in the United States as well as in Colombia. Although not originally designed with healthcare in mind, the Kiwibot team has leveraged their robots to help deliver personal protective equipment (PPE), sanitizer, and even spray disinfectant on surfaces it passes by, in an effort to help curb the spread of the COVID-19 virus on campuses. Mr. Chávez studied at Universidad de Los Andes in Bogotá before bringing his robot idea to the famous Skydeck startup incubator at the University of California, Berkeley, joining a host of other Silicon Valley startups helping with COVID-19-related issues like Levels Health, and Stanford StartX’s OMNY Health. Kiwibot recently inked a deal with Rappi, a food delivery company, to provide robots for food deliveries in Medellín.

David Brown has been an influential leader in the global technology ecosystem since founding Techstars in 2013 in Boulder, Colorado. The technology accelerator has helped over 2,000 companies grow since its founding, including many in the healthcare industry. Its proprietary event, Startup Weekend, a 54-hour company building fest that is held in 150 countries around the globe, including 12 Latin American countries ranging from Mexico to Chile. In light of the COVID-19 outbreak, Techstars and Startup Weekend, along with Google for Startups, have launched “Unite to Fight COVID-19,” a global, online Startup Weekend aimed at innovating healthtech solutions to problems caused by the novel coronavirus outbreak. Latin American countries set to hold these virtual events include: Bolivia, Brazil, Chile, Colombia, Costa Rica, Ecuador, Honduras, Mexico, Peru, Uruguay, as well as United States territory of Puerto Rico.

Dr. Ester Cerdeira Sabino is the director of the Tropical Medicine Institute at the Universidade de São Paulo in São Paulo, Brazil. Mostly focusing throughout her career on diseases like Chagas, Sickle Cell Anemia, and other blood communicable diseases, Dr. Cerdeira and her lab pivoted their focus when Brazil’s first COVID-19 case was reported on February 26. Racing to sequence the genome of the virus, a process which most countries were achieving in 15 days at the time, the Tropical Medicine Institute along with researchers from the Ministry of Health’s Adolfo Lutz Institute were able to accomplish the genome sequencing in 48 hours. Speaking to the BBC after the accomplishment, Dr. Cerdeira said, “We wanted to do it in 24 hours, beat the record, but it didn’t work (in the process). We did it in 48 hours, like the Pasteur Institute (in France).” Nonetheless, this was certainly a remarkable feat for Brazilian health and science.

Andrew Wight is a freelance science journalist reporting on issues related to the global South with a special emphasis on Latin America. An Australian living in Medellín, Colombia, Mr. Wight has published stories on topics ranging from the lasting impacts of colonial science in LatAm, to ex-guerrilla combatants learning about biodiversity, to a young Colombian researcher who reads letters to penguins in Antarctica for publications like Forbes, Nature, and NBC. As the outbreak of the novel coronavirus spread to the global South, Mr. Wight has shifted his reporting to cover this important health crisis as well. Thus far, he’s reported on indigenous communities threatened by COVID-19 exposure, Venezuela’s drastic unpreparedness to combat the outbreak, as well as El Salvador’s relatively swift response to contain the outbreak compared to other countries in the region. More of Mr. Wight’s work documenting the health and science innovations and issues shaping the region can be found here.

Disclosure: This article includes a client of an Espacio portfolio company.