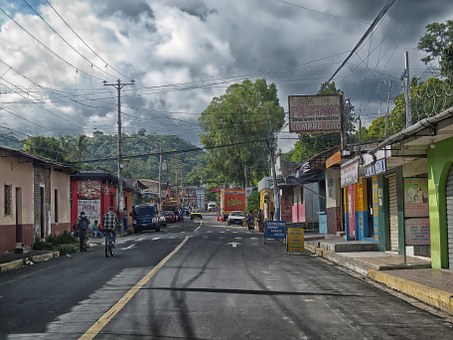 After Taiwan was unable to assist with El Salvador’s demands of an extra $27 billion in financial support, deeming its port development plans an “unsuitable project,” the East Asian country now only has alliances with 17 nations, of which many are underdeveloped.

The port development project that China will now assist in developing is part of a new government proposal to create a Special Economic Zone along the country’s Eastern coast, where tax and financial incentives will be offered to businesses.

Speaking to reporters from Beijing, Chinese diplomat Wang Yi stated that El Salvador had made the right decision. “I’m confident that the people of El Salvador will feel the warmth and friendship of the Chinese people and derive tangible benefits from its cooperation with China,” he said.

El Salvador’s president Salvador Sánchez Cerén also announced the new relations in a televised address from Beijing, claiming that his government feels assured that “this is a step in the right direction that corresponds to the principles of international law of international relations and the inevitable trends of our time.”

The new relations have since been criticised by US President Donald Trump, who has accused China of “apparent interference” in El Salvadorian affairs, causing the White House to re-evaluate its relations with the Central American country.

El Salvador’s port development plans have also been met by criticism from social movements, who claim the international attention they will attract will discourage national investment in the region, which they argue is needed.

According to World Bank Data published in the Financial Times, a third of El Salvadorans live in poverty, with the average wage under $4,000 per year.

In contrast to other Central American startup scenes such as that of Puerto Rico, where entrepreneurship organisation Endeavor has just announced it will be opening a new office, the startup scene in El Salvador is still very much a work in progress.

That being said, however, it has also been recently announced that El Salvador will be the next country to host ‘Road to Innovate,’ a networking summit for Central American entrepreneurs.

Other up-and-coming Salvadorian success stories include that of TechLatam, the startup working with entrepreneurs to develop tech, AI and blockchain projects, whilst at the same time looking to invest in the companies they assist.

Despite criticism, therefore, it remains to be seen whether Chinese investment will boost the Central American country’s economy enough to open up more opportunities for El Salvadoran entrepreneurs, who could be the ones to encourage its startup scene to flourish.