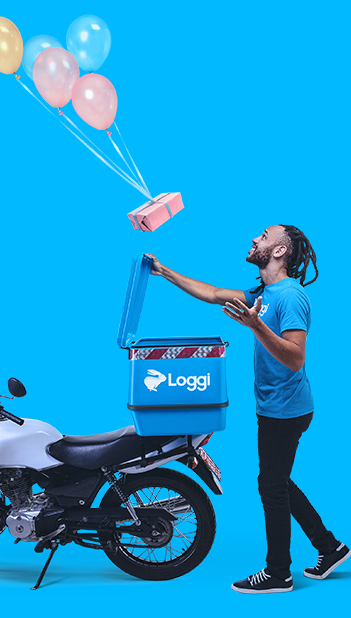 In the bustling, hectic and at times overwhelming city of São Paulo, motorbikes are often just about the only form of efficient and fast transport.

The ‘motoboy’ community is vast, with services ranging from your weekly supermarket shop, to just about any commodity you can think of available for home delivery. However, given the informal nature of the labour market and the sheer quantity of motoboys available, they are often underpaid and overworked.

Having identified this human resource, along with a gap in the market for efficient urban logistics companies, Brazilian entrepreneurs Arthur Debert, Eduardo Wexler and Fabien Mendez decided to utilise both.

Founded in 2013, Loggi is the delivery app that matches shippers to couriers around the city, who then take the parcels on their motorbikes or bicycles and deliver them to their final destination, all in the same day. Thanks to its real-time tracking and automatic payment facilities, sending goods from one place to another in Brazil is now easier, more secure and regulated than it’s ever been for customers, businesses and other shippers.

The app also provides both restaurant delivery and an e-commerce delivery service, using small trucks to transport goods purchased online, which is now where approximately 35% of Loggi’s sales come from.

Combining their talents and expertise as software engineers, product designers and business analysts, the masterminds behind the startup managed to raise US $3.3 million by just their second year of operation, thanks to Qualcomm Ventures and Dragoneer Investment Group.

Due to the nature of the service, which allows users to select their courier via an app, Loggi has often been compared to transportation services such as Uber.

However, although restrictions on Uber in Brazil are more lax, the legality of the service continues to be a battle many countries are still fighting. Loggi, on the other hand, need not be concerned with this issue, as it works with a biker base licensed by the Government of São Paulo and thus poses no threat to taxi drivers’ jobs.

Another way it is different, claimed co-founder Mendez in an interview with US newspaper The Wall Street Journal, is because, unlike simply linking passengers and drivers, delivering goods is much more complex. As the service works with both businesses and customers, couriers often have to liaise with multiple shippers on the same day and take many different routes in order to avoid the hassle of packages being sent to postal sorting hubs such as UPS or Fedex.

Using their smartphones, Loggi couriers can connect to the application, which organises their routes that are then calculated using their smartphone’s GPS system. This allows for transparency for both the Loggi team and the customer, who are able to track their courier as they arrive and monitor any problems.

According to a recent Bloomberg announcement, it is rumoured that Japanese multinational holding conglomerate SoftBank is looking to invest up to US $150 million in the startup. As a holder of stakes in the world’s biggest ride-hailing startups, SoftBank could provide Loggi with the boost it needs to expand. The deal, however, remains unconfirmed.