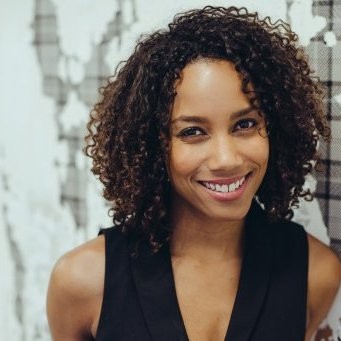 Kelcey Gosserand is working to turn blockchain into a sector that inspires rather than bewilders. She is the founder of Trellis NYC, a community-based hub for cryptocurrency and blockchain developers, of Women + Blockchain, a weekly newsletter aimed at driving female presence in the blockchain community and, most recently, she became general manager at The Block, a platform aimed at “demystifying the blockchain space.”

Ahead of the Miami Finosummit this October, a conference for fintech innovators where she will be speaking, Latam.tech spoke to Gosserand about her involvement in the blockchain ecosystem, the Latin American market and the role women play within the sphere.

Describing her initial involvement in blockchain as “accidental,” she was first introduced to the world as an investor in cryptocurrencies in late 2016. After making her own investments in the digital currency, Gosserand became interested in the “humanitarian, educational side of blockchain,” she described. “I realised it actually had the potential to change the world.”

After finding the blockchain space distinctly “fragmented,” Gosserand decided to activate a community, which then became a hub for organisations dedicated to furthering and developing blockchain solutions. The platform provided a means of sharing details of events, conferences and later on advice for blockchain startups, with the aim of accelerating sustainable growth of the ecosystem.

When it comes to the blockchain market in Latin America, Gosserand spoke with a positive outlook. “It seems really consumer-focused and driven, which is great,” she commented, explaining how she likes the fact the Latam blockchain market acts as a platform to solve real world problems, pointing out its “interesting energy.” Most importantly, however, she praised how Latam crypto startups focused on getting rid of intermediaries in the industry, which “in certain areas of the world… include governments that aren’t so reliable,” she said.

Whilst some might believe it unusual for a blockchain thought leader to be female, Gosserand blames the marketing and PR around the blockchain industry for discouraging women’s involvement in the first place. “The language that is used to define the technology is not [representative of] the way people speak, its written and developed by crypto developers and financial people and it’s alienating,” she said, emphasising how the language has this effect on people in general, not just women. 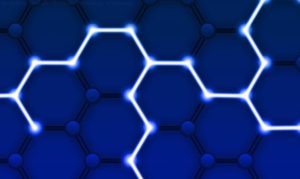 This is therefore exactly what Gosserand intends to eliminate through her new venture, The Block. The platform aims to simplify language used to describe blockchain processes by producing more accessible news and stories around blockchain and crypto. The Block, which also focuses on education, aims to “draw in users that would not traditionally be attracted by the concept.”

On the subject of women’s involvement in the blockchain industry, Gosserand emphasised the need for more female representation, whilst stressing that it must be done cleverly. Describing all-female panels at blockchain conferences as a way of “tokenising women,” she underlined the need for gender-mixed panels to tackle inequality in the industry, a decision which must come from the organisers, Gosserand stressed.

This is also a policy that is reflected in her workplace, where The Block’s mission is for its staff board to be inclusive “not just gender-specifically but also racially,” she said. “We want a race mixture… that can be seen as reflective of the world and it’s something that’s based within our core values.”

Gosserand will be speaking at the upcoming Finosummit, in association with fintech accelerator Finnovista in Miami this October. When asked what’s in store for her talk, she replied, “I really want to focus on new policies that are being created for cryptocurrencies and use cases that are happening now… I have 30 minutes to really do a overview of the history of money and how much this translates to this new digital distributive system that we are trying to have implemented on a worldwide basis.”

In a tone that will be directed at audience members with varied levels of crypto knowledge, Gosserand intends to convey a standard message across the board, stripping away all jargon and speaking about blockchain in an accessible way that will engage listeners. “I want [my audience] to feel good about the knowledge [they’re] retaining from this talk and for them to leave with some great takeaways they can explain to a partner or a friend,” she said.

The Finosummit fintech innovator summit will take place from 4-5 October in Miami and Gosserand will be joined by a range of expert panelists from the industry.