Established in 2013, Platzi is the Colombian ed tech startup that bootstrapped its way to success. Its live streaming teaching courses that teach people the basics of working online now attract around 400,000 students, who each sign up to either yearly or monthly plans. 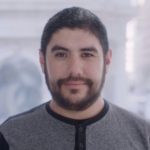 Having realised the plethora of content available free of charge via the internet, often considerably more relevant than the material taught in physical courses, Bogotá-born entrepreneur John Freddy Vega and his business partner Christian Van der Henst, from Guatemala, decided not to let it go to waste.

Based on the principle that part of the learning process consists of teaching, the duo’s first project, Mejorando.la, involved basic technology classes that covered Html5, online marketing and website design, which they took on a fundraising tour around Latin America in 2012.

‘We’ve never stopped learning,” founder John Freddy Vega said to Latam.tech of the company ethos, citing that the major thing that they want to continue learning is “how to create a company that has impact but is compassionate.” Vega believes that to be an entrepreneur is to be compassionate and that a rapidly-growing company like Platzi also has to maintain its empathy towards its coworkers that allows for lower turnover and a greater work culture.

Startups are now changing the traditional mould of companies and Vega recognises that better than anyone. “Before we would have a micro-business that was on the corner. Now that business has the ability to scale and scale big. It doesn’t matter where you were born or where you’re from. If you’re willing to learn, then the potential is there.” 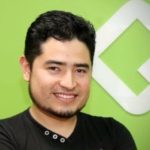 So they started off with around $2,000 dollars and went around saving by giving classes in hotels and universities. They visited 20 cities in 12 countries,” he added.

The following year, thanks to the resources they had gathered, the team were able to launch the new generation of Mejorando.la, which is when Platzi was born.

As an online education platform, Platzi’s uniqueness lies in the live-streaming classes it offers, which allow teachers and students to interact in real time. This rare advantage means that a much higher percentage of students complete their Platzi course, roughly 90%, as opposed to alternative online learning services which regularly see participants drop out before completion.

The lessons, taught by a variety of field experts, cover areas from SEO, to interface design, marketing, data science, growth marketing and startup metrics, among many others. There are currently over 130 courses are available to choose from.

Thanks to experts from giants such as Uber, Waze, Y Combinator accelerator and SEO service Moz.com, students can be anything from complete beginners, right up to those who want to become specialist in their already-existing knowledge.

Platzi also offers benefits such as a free basic programming course and a Youtube channel full of how-to videos and tips.

Working with both individuals and companies, the platform aims to become the biggest and most powerful of its kind across Latin America. This year, working in both Colombia and Mexico, the team have been working on adding courses in AI, information security and bitcoin to their portfolio, to name just a few.