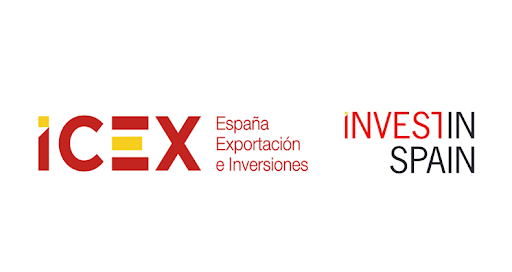 The Spanish entrepreneurial ecosystem has long been established as one of the most attractive in Europe and is among the most promising worldwide. Paired with longstanding deep cultural ties to Latin America, Spain offers a gateway to Europe for Spanish-speaking countries in the Global South, the Caribbean, and North America.

This year, Spain placed fourth out of the 27 unique and individual economies that constitute the European Union, due to the surge in startup and entrepreneurial activity. In fact, in the past ten years alone, the Iberian nation’s entrepreneurial ecosystem has grown by a factor of 20 to reach €8.3 billion according to joint research from PwC and South Summit.

A major factor contributing to this flurry of activity has been accelerator programs like ISDI Digital Business School’s ISDI Accelerator, and ICEX Invest in Spain, which recently announced a new collaboration called Rising UP in Spain, an initiative that seeks to accelerate the growth of foreign startups interested in contributing to the Spanish economy by offering a multitude of services and opportunities.

The main goal of Rising UP in Spain is to help promising new companies and founders weave themselves into the Spanish business community. To anyone who has ever moved to a different country to start a business, this may sound like a dream as often one of the biggest hurdles many founders face when getting set up overseas is the lengthy process of making connections while navigating an entirely new culture.

Of course, there are many special cultural ties between Spain and Latin America, but Rising UP in Spain seeks to deepen those ties between LatAm founders and Spain’s business community to transform the country into Europe’s premier hub for global startups to scale, all while flowing resources, innovation, and jobs into the Spanish speaking world.

The project works like this: selected startups develop an open innovation project for six months with a partnering Spanish company, corporation, or technology center eager to develop new tech solutions that would actively and immediately benefit their specific sector, and give them a competitive edge. Drawing upon lessons learned during the era of hyper-digital transformation seen during COVID, Rising UP in Spain seeks to continue the joint effort between governments and the private sector, large and small companies, established companies and startups, and Spain and Latin America to bring the next generation of technological advances into fruition, now.

Startups selected for Rising UP in Spain are provided access to the business tools, resources, and connections they need to grow their ideas and scale. This includes fostering connections with Spain’s premier business accelerators, innovation agencies, and top private and institutional investors. Last but not least, each company selected to participate in Rising UP in Spain will receive legal advice pertaining to visas, and the necessary paperwork and tax information they need to run a startup in Spain.

LatAm startups interested in growing in Spain have until June 15th to apply, while the application window for local partners has now closed. Rising UP in Spain seeks to generate 50 collaboration agreements between local partners and foreign startups in this year’s cohort.

Startups that apply will be analyzed and scored by a team of experts according to criteria such as economic viability, scalability, technology, and equipment. If selected, companies then participate in an online, five-day boot camp during which they are exposed to the facets of the innovation ecosystem in Spain and discover a wealth of companies and innovation centers eager for new technology.

Since 2016, Rising UP in Spain has been highly successful both in terms of the number of foreign entrepreneurs who have been interested in participating, and the quality of their projects generated by the program. In the first five cohorts, more than 1,400 foreign startups from some 90 different countries applied,  of which 70 were selected.

Startups who are eager to know more about Rising UP in Spain’s open call should follow this link to find out more.