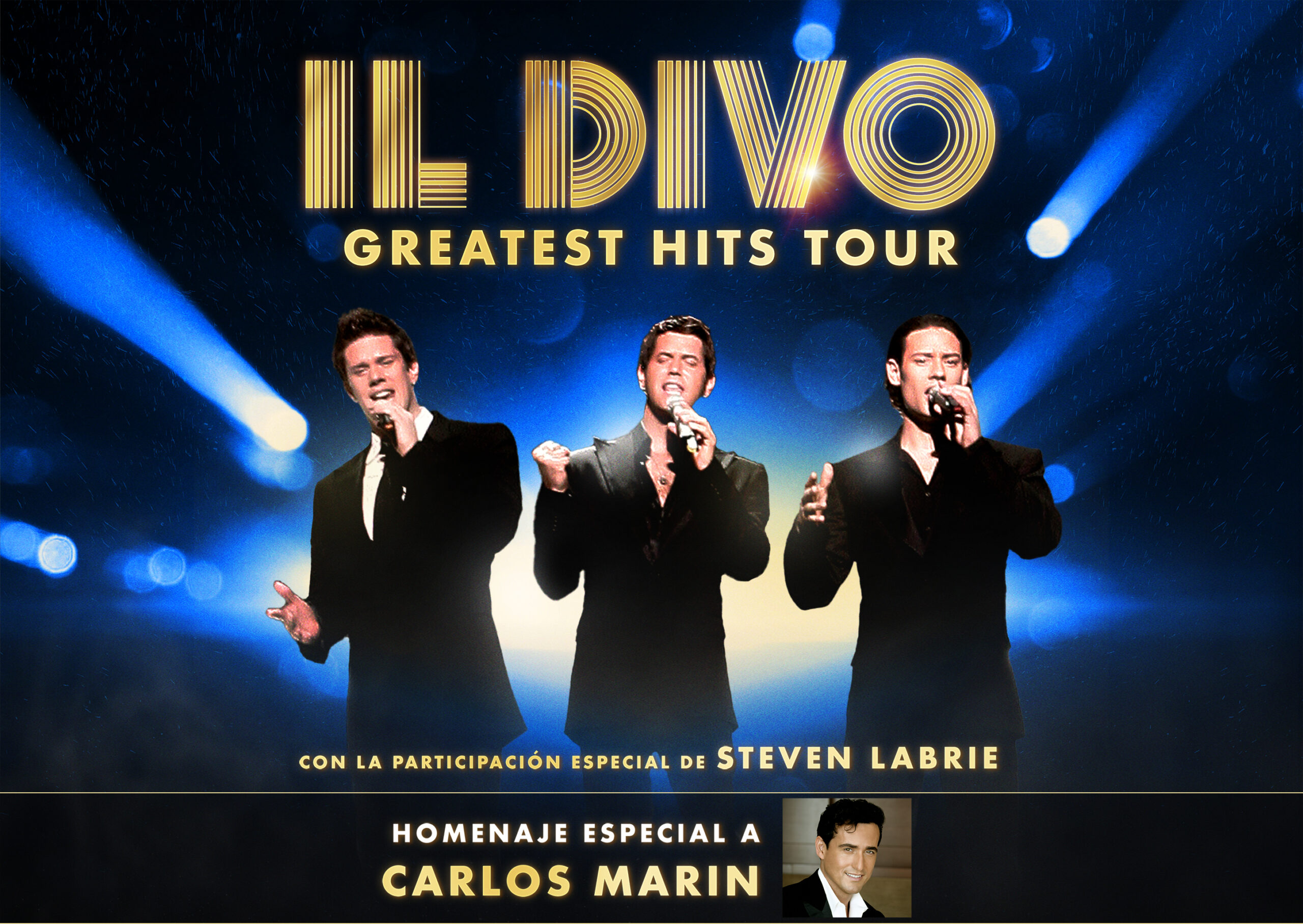 After a long wait, the most important vocal-pop group in the world returns to Latin America to celebrate their musical career and to pay tribute to Carlos Marín, the fourth member of the group who passed away last December due to COVID-19.

In a very pleasant conversation with the press, the remaining members of the group, David Miller, Urs Bühler and Sebastien Izambard, talked about their expectations and about the process of rethinking a show that was originally planned for four voices:

“The biggest challenge was to rethink a show conceived for the four of us. At first we thought it would just be a few shows off, but when we received the devastating news of Carlos’ death, we had to consider how we would go on without him,” said Miller. “Steve (Labrie) is a friend I had worked with before and who happily joined the brotherhood that is Il Divo.” Labrie has joined the group on their Greatest Hits world tour.

“We don’t know what the future holds, as the pandemic changed any long-term plans or perceptions we might have, but for now we have a show designed to pay tribute to Carlos, singing his favorite songs and celebrating his life and his time in our group,” Izambard pointed out.

The concert in Lima will take place on Saturday, May 21 at the Explanada Peru Arena, a place that will serve as a stage to relive the band’s most emblematic songs in a night that promises to be full of surprises, both for the audience and for the band itself. And, as they themselves have called it, a celebration of a once in a lifetime opportunity, a phrase that gives the name to their most recent album “For Once In My Life: A Celebration of Motown”.

When LatAm.Tech asked about the band’s future, they smilingly answered that it is uncertain, but that they do not rule out the possibility of venturing into other musical genres and collaborating with local artists, emphasizing that even the popular reggaeton genre could be an interesting adventure.

With ten albums in their catalog, Il Divo has sold more than 25 million albums worldwide, obtaining gold and platinum records all over the world, being the first band in its genre to reach the US Billboard No. 1 and having the opportunity to record with great artists such as Toni Braxton, Celine Dion, George Michael, Barbra Streisand, among others.