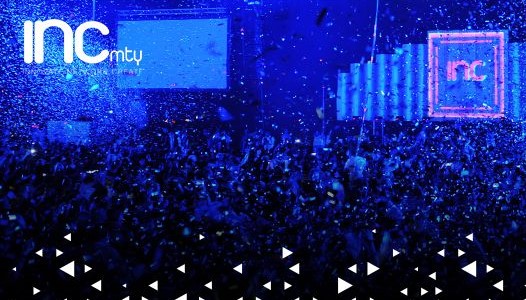 INCmty, the largest gathering of entrepreneurs in Latin America, is returning in 2017 to Monterrey, Mexico November 16-18.

The motto of the upcoming fifth edition of the festival is “Going Exponential.” The choice of focus was based on the need for Latin American entrepreneurs to start working on their ideas as soon as possible, in order to seize the power of exponential growth earlier. The future-oriented emphasis comes together with a disruption-friendly environment and a preference for solutions to local and regional issues.

INCmty’s lineup was announced on August 30, featuring keynote speakers from the big leagues of entrepreneurship. Some of these are Hiroshi Ishiguro, director of the Intelligent Robotics Laboratory at Osaka University and famous for his work on androids with human-like expression capabilities; Rob Nail, founder and CEO of incubator and educational endeavor Singularity University; and Greg Fenves, president of the University of Texas at Austin and an expert in entrepreneurship.

Over 10,000 people attended the 400 activities of the 2016 INCmty, figures bound to be dwarfed by this year’s edition. Venues for the 2017 INCmty are the renowned Instituto Tecnológico de Monterrey and  the iconic Pabellón M conventions center, as well as the city’s Sheraton and Crowne Plaza hotels.

The festival will hold six summits, aiming to bring together like-minded entrepreneurs into real startup communities. These summits are: Business Hacks; Healthcare & Wellness; Music & Entertainment; Tech 4.0; Energy; and Learning. While dealing with diverse fields, the summits will feature investment opportunities, social and women entrepreneurship as highlights.

Among many opportunities the event wishes to provide is the INCaccelerator, a thorough mentorship program that will conclude in a pitch competition; the winner will receive a $56,000 cash prize. Participation is open for all promising Latam startups past the initial idea stage. INCmty has other four open calls for entrepreneurs to take advantage of prior to the main event in November.

INCmty is part of a series of events within the Global Entrepreneurship Week, aiming at promoting and developing startups worldwide. In Latin America, entrepreneurs are gaining recognition for innovation and eagerness to become entrepreneurs; however, many startups in the regions face severe networking and funding constraints. Due to this imbalance, large events like INCmty are of utmost importance in the region.

Tickets are available now at $110 for full three-day access to everything INCmty has to offer.