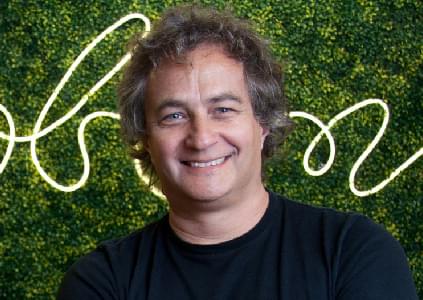 Founded in Buenos Aires in 2003, software development company Globant specialises in “the creation of digital journeys.” The company has now expanded its delivery centres to a total of 12 countries across the globe, spanning the US, Europe and Latin America.

The proud winner of many international awards from organisations such as Endeavour, Global Services, the International Association of Outstanding Professionals and InfoWorld, Globant now brings in annual revenues of around US $400 million.

Co-founder and Chief Technology Officer Guibert Englebienne, who is also chairman of Endeavour Argentina – a support system for the country’s entrepreneurs – spoke to Latam.tech about the latino entrepreneurial spirit, where Globant sits in Latin America’s startup ecosystem and the role company culture plays in innovation .

What does being an entrepreneur mean to you?

“For me, being an entrepreneur means being able to transform, to assemble something and at the same time make a sound impact on everything that surrounds you.

I would say that my desire to be an entrepreneur started when I was a kid. My father is an entrepreneur and at home we never talked about being an employee but mostly about being an entrepreneur. My perspective about that was that entrepreneurship was about freedom, so being able to do whatever you fancy and being able to manage your time. But eventually, with Globant in particular, we started a high impact venture and what we realised is that there are many things you can do with a powerful company and with your team, together you can create a massive weapon of impact, and you need to use it wisely.

As chairman of Endeavour Argentina, I devote much of my time to promoting entrepreneurship. With all the Endeavour companies based in Argentina we are seeing a lot of what we can achieve together as entrepreneurs… so this notion of working as a team, or working as an ecosystem is extremely powerful. I always say that collectively, many times you don’t know it but your company is like a capsule, something that can survive, an individual organism. But the reality is that first of all it’s extremely connected to everything that surrounds you. And the other thing is that entrepreneurs, as I like to say, we are collectively shareholders of the future of our kids… It’s really encouraging to see how an ecosystem has developed in different places and how it helps entrepreneurs make use of what they have learnt so that they can help others.”

As an Argentinian, is it in your DNA to be an entrepreneur?

“Well I would say Argentina is definitely a highly entrepreneurial country, we are seeing a number of very important cases of entrepreneurship coming out of the country and it’s very predominant when you compare it with other ecosystems. But, I don’t believe it’s particularly part of our DNA as being Argentinians, you know. Despite the fact that there’s a lot of activity I think one of the key things that makes us grow… is the fact that we were globally focused.

So, on one side we tapped into a lot of talent that we had and that we had the opportunity to organise… but we started with a global focus.”

Was it important for Globant to expand first in Latin America and then to the US and Europe?

“Actually, the reality is that our very first customers were based in the US and still today the vast majority of our business comes from large multinationals with HQs in either the US or the UK. We saw that those were the markets where companies were more used to demanding IT services and particularly the ones that were more culturally open.

What was interesting, and perhaps one of the keys to our success, is that in contrast to what happens in LatAm (where you often find a business environment that is not extremely meritocratic or competitive), when you focus globally what we found was a highly meritocratic market, where the only alternative we had was to put the ultra competitive gene on our corporate DNA, on Globant’s DNA. So, that’s interesting, how do you connect local capabilities with a global market opportunity and do it in a competitive way?”

So do you see yourselves as a global company or a Latin American company?

“Well, Globant was definitely born in LatAm. But, at the beginning I would say our first objective was to create a global player in the technology world; so that if you think LatAm, you should think about Globant. But soon enough, as we started to work with many big players and people were liking what we were doing, that dream was converted into being the number one software company on the planet. Being able to execute and produce software of quality for the most demanding brands out there. And today, we have people all over the world in 14 countries and I would say that makes us a global company.” 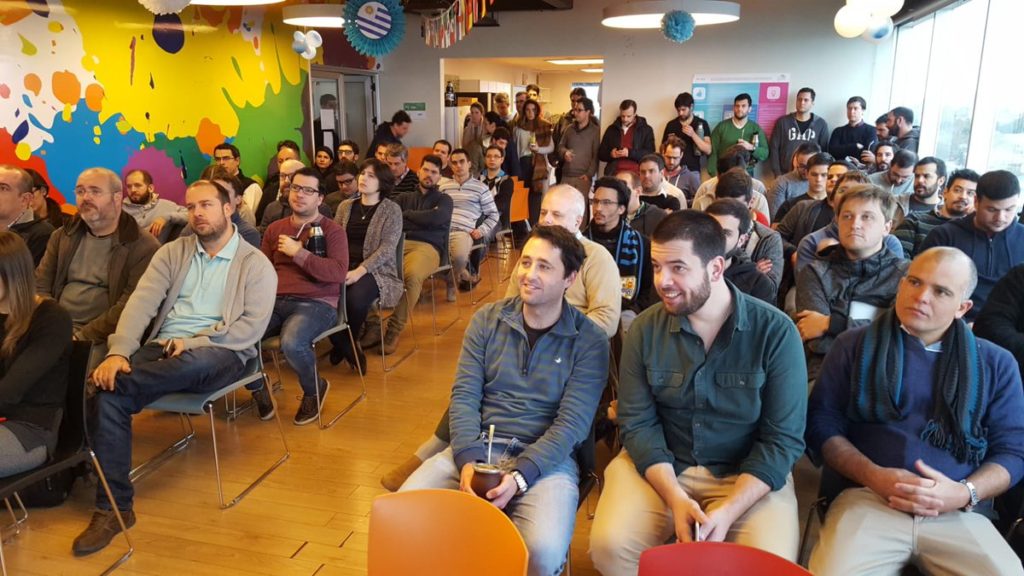 Is there a demand for your services in LatAm or does it mostly come from the US and Europe?

“No, still 90% of our business approximately comes from the US and Europe. It took us a long while to decide to develop LatAm as a market but eventually our reputation was growing a lot and it did make sense to do that and today we are helping many large LatAm companies in their digital and computer transformations.

Perhaps the major opportunity here is technology to target the local needs. So we are working today with players like Mercadolibre, OLX, the companies who are serving these markets and I believe there is a lot of opportunity to develop many technologies with a local flavour. I believe that one important thing to happen is to reinforce institutions, you know, we are seeing a very good trend towards orienting towards the global markets and establishing some institutions in Argentina and I believe that’s good.”

Is Latin America an easy place to grow a business?

“Well, it’s never easy, but what I’ve learnt is that rather than waiting for the external conditions to be ideal, it is a game of creating a team that will execute no matter what conditions are out there. That’s the only thing that will help you create a sustainable business.

So…I like to say that we look at this with bifocal lenses. You need to have a vision in the short term but you also need to be looking at the long term. We founded this company in 2003 when the severe devaluation of the peso made it extremely possible for us to be selling services, but we saw that it would not be sustainable in the long run to create a business that was only based on price. So, we decided back then that we needed to be an ultra premium vendor.”

How did you predict that digital technology services were going to become so important?

“So, as I said, this is like evolving. I would say that it’s not that we see the future but we are trying to predict it and we are always fast learners…

So for example, our company’s structure first of all, it’s a structure that deals with culture. We develop technology to drive the culture we want and to make us a more adaptable and smarter organisation. Then, we have an structure organised around the concept of studios, which are divisions of the company that every year are being revisited. So for example, today we have 20, including an AI studio, IOT, whereabouts, social, scalable platforms. There are different units of the company who create capacity around these emerging trends as they appear.

And we also have a methodology to drive agility. But the interesting thing is, not only do we develop software in an agile way, but we use agility to run our own company. So all in all, it’s a very honest representation of what we do. We develop technology but we have technology that makes us who we are and the same goes for how we execute agility and use it internally. So in a way we are continuously maintaining our leadership.”

In such an innovative company, how important is it for your work space to be as creative as possible?

“It’s extremely important. For us, helping our people flourish and getting the most out of them is extremely important. If you think about it, whenever you join a company, in many organisations nobody knows you, you start and on day one you start a path of building reputation and being known. But the reality is that in any large organisation you many typically know who the office manager is, or the vice president, but typically our human limitations do not help us penetrate more and actually be able to detect who are the players that make the difference.

So, we understood this very early and over the past 15 years we have been one of the fastest growing companies in the world, going from 4,000 to over 7,000. The reality is that our work on an experiment that we did 10 years ago, which became StarmeUp (our social operating system), allowed first of all our people to be guardians of the company culture. At the same time, it allowed everyone to raise their visibility at a faster speed. And it allowed us to be able to create teams in a better way, and those teams are extremely empowered to be autonomous, so each pod is in charge of execution of projects.

We have around 12,000 projects in execution right now, so it would be impossible for me to know what everyone is doing, but we give them a framework. We asked them to constitute themselves by understanding what their mission is, by assigning roles within the team and then they are essentially primed for success….

So, we are like an innovation hub for many amazing brands out there, and it creates on the one hand a lot of opportunities for us, I would say that every time we have a new customer or we execute one project, we are a little bit better than yesterday. So, if we can use that experience as a way to foster a more innovative environment then we are in an exponential growth path. That’s what we’re looking for.”

What is your focus for the near future?

“Our focus mainly remains on working with amazing companies, wherever they are, the vast majority are in the US and in the UK. There are many interesting companies in LatAm that we are serving and also in other parts of the world, we are working with companies out in Asia, so we are growing in many ideas.

Our objective is to be the number one company to create amazing technology and helping to transform our customers for the digital times. There are no clear rules on what it means to be the number one, but essentially what we would like to know is that if someone wants to think, ok who is the best at doing this? The Globant name would come out. That has been our objective for the last 10 years and it will continue to be our objective in the next five.”