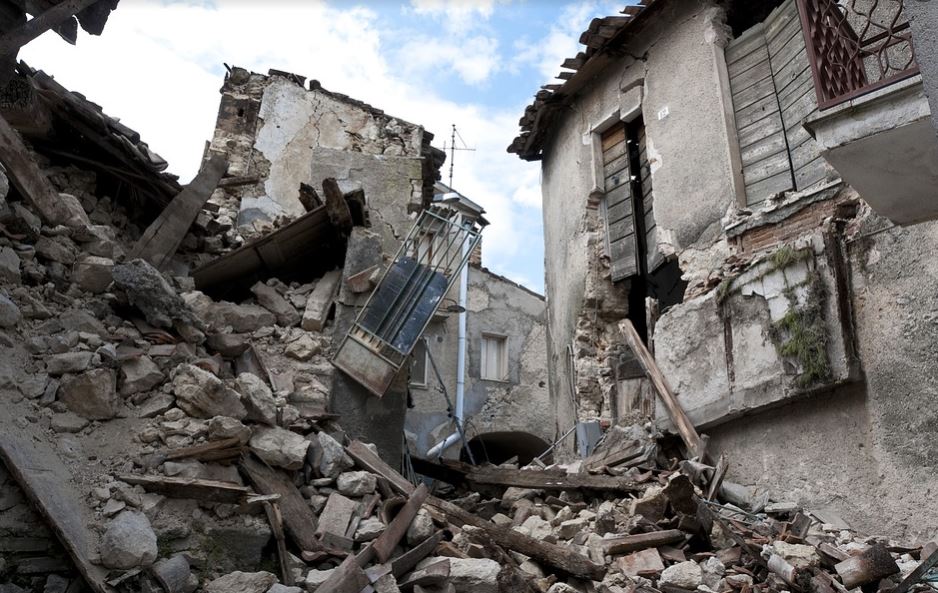 “We saw the lamps swinging, the doors moving fiercely from left to right and then we heard the walls cracking. Those are the things that made people lose it,” recalled Mexico City-born Alfredo Cabral, general director of CODE Ingeniería, a technology development services startup based in Mexico’s capital.

Cabral was working at the time of the 2017 Central Mexico earthquake, which was the largest the city had experienced since 1985, registering 7.1 on the Richter scale, killing around 230 people and causing over 40 buildings to collapse in Mexico City alone.

He remembers the day extremely well. Mid-conversation with a colleague, the building’s earthquake alarm went off. “I got up out of my chair and started telling everyone to go to the safe area, which in the case of our building is around the elevators,” he told Startup Beat.

Next, he started to feel the building begin to shake. “I think that’s the scariest part in an earthquake,” he said. “You feel how you’re moving and you try to stay as low as possible.”

Having undergone various simulations and experienced previous earthquakes – a common occurrence in Mexico city due to its geography – Cabral’s team were, in theory, well prepared for such an unpredictable event. “A switch flips in your head and you start doing whatever you have been taught in training,” he described.

However, what the training doesn’t prepare for, he explained, is the human reaction. “I had some employees that were really in shock, they started shouting and they felt really scared. I tried to comfort them.”

“We were organised in brigades and each brigade has a specialised duty in case of an earthquake or in case of a fire, and we were in charge of getting people out… you have to be composed otherwise it generates fear.”

Thanks to the smart design of the building, the team’s office was not structurally affected by the earthquake and thankfully nobody was injured.

“The aftershocks of the earthquake in the days after lingered in people’s minds, even if they suffered no material or physical damage, they still have a very important psychological footprint.”

Aside from the cost to human life, infrastructure and public services, Mexico City’s economy and business sector was affected enormously by the earthquake, emergency funds were tapped into and the country’s national GDP dropped.

On a personal level, Cabral described how his own business suffered as a result. “You lose about a month’s worth of business because everyone just freezes. The city just freezes. Everyone is just concentrated on getting everyone back on their feet,” he said.

Indeed, businesses and startups across Mexico City were on hand to come together to help the community and do their best to remedy the tragedy. Restaurants offered food, hardware stores offered materials and other businesses helped out in any way they could.

“I think I love that about Mexico,” Cabral said. “I’m very proud of the way that my team handled this and even prouder of the way that Mexico City handled the disaster,” he commented, recalling how going through such a distressing experience together brought out the best in Mexican people and his team.

Amongst the chaos and focus on survival, it wasn’t until a couple of months after the earthquake that Cabral began to feel effects on his business. “You notice that your PML (Probable Maximum Loss) for that particular month is very bad, and the month after that it’s also very bad, but business does pick up.”

Having spent time assisting employees who had suffered material damage to their homes and allowing some of them extra time off to help volunteer around the city, it took around a whole business quarter for CODE Ingeniería to get back on their feet and recuperate cash flow, sales and productivity after the disaster.

In turn, however, Cabral described how this had a positive effect on his team’s bond and the working relationship with his colleagues after they were forced to collaborate under enormous amounts of pressure. “A lot of the team members realised that our company culture is something that we will absolutely be behind, that we will back them up, that we will help them and also help them help others,” he said.

Being sensitive to his team’s needs at such a difficult time was indeed necessary and without a doubt an investment that paid off. This is something that Puerto Rican healthtech startup Abartys Health also realised as it faced Hurricane Maria last year, the natural disaster that destroyed 87,000 homes and displaced around 250,000 people. Describing the experience in a guest article for Entrepreneur Magazine, the startup’s CEO and co-founder Dolmarie Mendez wrote, “The lesson is, if the leaders of a company don’t have genuine concern for the well-being of their team members, they can’t expect them to perform their jobs at a high level. This may seem obvious, but once again, the advent of disaster put this notion into stark relief.”

Given that natural disasters were something Cabral had never predicted to affect his business, he emphasised that having a healthy cash flow is the most important thing a business can do in order to prepare itself for such eventualities. “Otherwise it’s absolutely impossible to predict the extent of the damage something like an earthquake can do to your business,” he pointed out.

Aside from backing-up company information and ensuring it is secure, Cabral also emphasised the importance of not underestimating proper training for earthquakes and other natural disasters, in order to minimise the damage that they can cause, adding that these threats not to be taken lightly.

“When this kind of thing happens everyone comes together to help each other, and I think it’s a delight for me to have learned that, even if I learned it the hard way,” he said, explaining how moved he had been by the community’s reaction.

Having faith in humanity was one of the most important lessons Cabral and his team learned from the earthquake. “With the right amount of work and with the right operation some things like this one can be overcome,” he said.

“Often in business culture, you have this set of rules, and business is business no matter what. But I think that people come together to help each other, and even if it’s not immediately clear whether it’s good for business or not, we will instinctively and certainly help each other in dire times…and I think that is great.”

Despite not being able to contribute directly to the recovery efforts at the time of the earthquake, CODE Ingeniería are now working with other startups on the development of seismic response alarms to warn of future earthquakes.