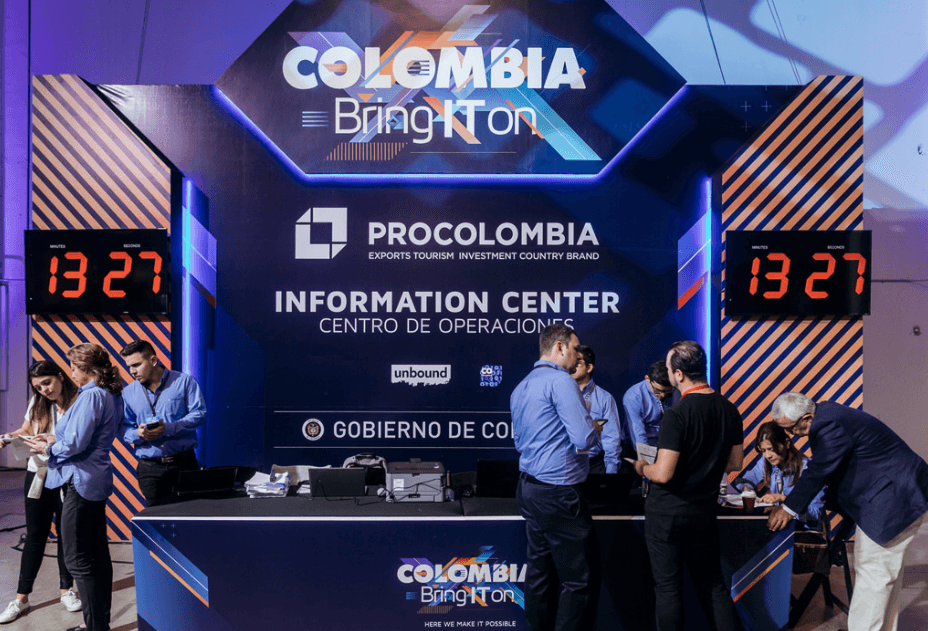 Colombia’s most successful tech entrepreneurs will meet next week in Miami for the fifth annual Business Matchmaking Forum, taking place from 30-31 October.

The event, called ‘Colombia: Bring it On’, hopes to connect over 120 entrepreneurs with buyers and investors and is organised by government trade bureau ProColombia alongside Unbound Miami Innovation Festival, a celebration of innovation that organises four separate gatherings across the world.

With Colombian software and IT exports gathering more momentum than ever, next week’s forum promises to be an invaluable way of connecting the industry’s masterminds with their most important trading partners in the US. Previous years have ended with investment prospects of up to $140 million.

As Latin America’s third largest provider of IT services – after Brazil and Mexico – Colombia’s software and IT sales doubled between 2010 and 2017, and the industry banked a total of US $212.4 million in exports last year.

Within the sector, IT services constitute the market’s largest shares, with cloud computing services, hardware and software following closely behind as leading sub-divisions. What US trade partners are more interested in, however, is Colombia’s impressive portfolio companies within verticals of video game production, virtual reality, animation services and artificial intelligence, to name but a few.

With Colombia now considered one of Latin America’s tech hubs, the country’s Ministry of Information Technologies and Communication has ensured that 96% of the country’s municipalities are now covered by fibre-optic networks, meaning the majority of the population is now able to access the internet.

According to Business Monitor International predictions, Colombia’s IT spending in the future is only set to increase and is expected to rise an estimated 6.8% before 2020. The country is also predicted to continue its expansion into major markets further afield, such as Japan, China, Canada and Germany.

Buyers and exporters are still able to sign up to take part in next week’s Business Matchmaking Forum in Miami through registration here.