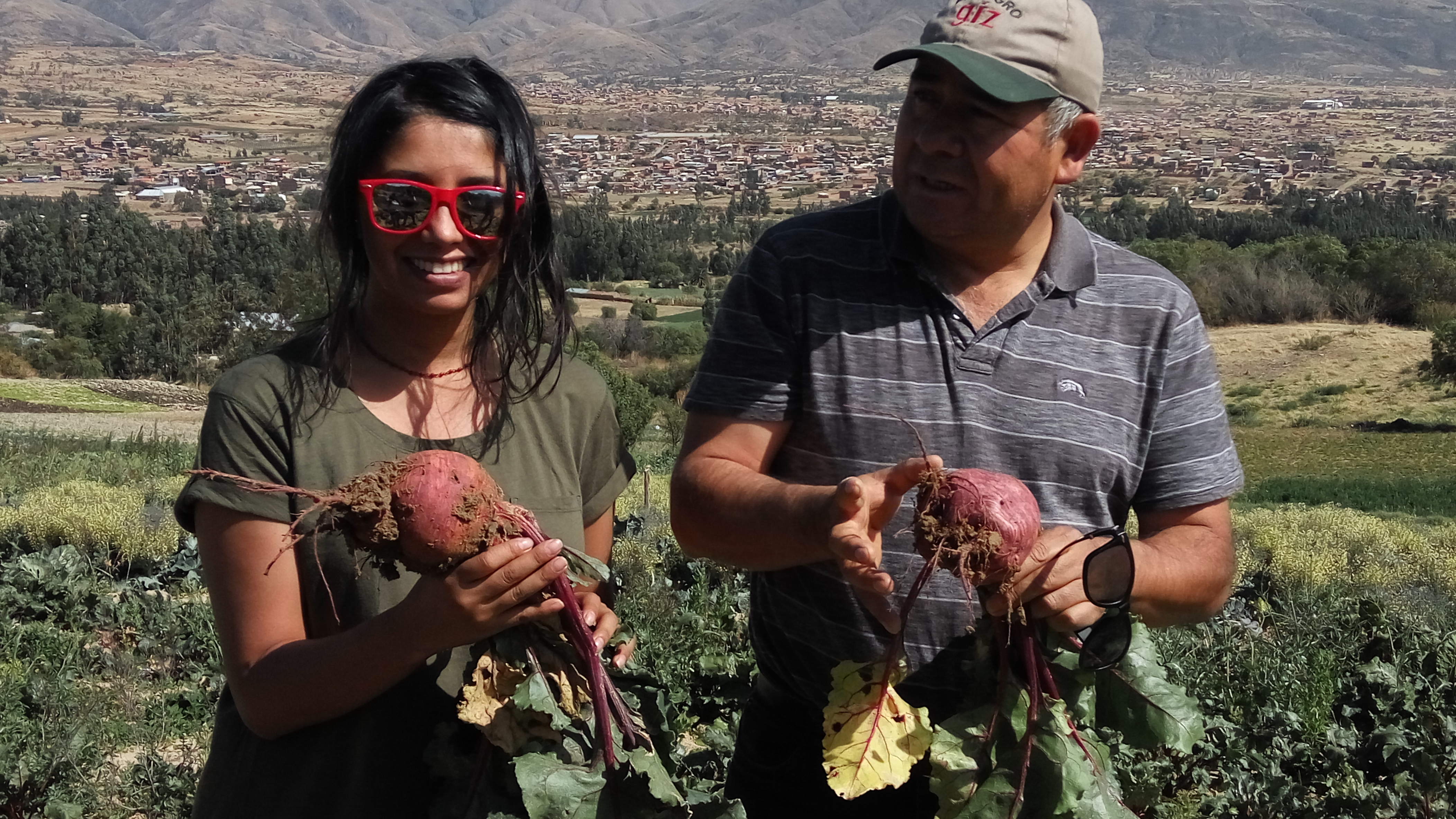 From Rappi to UberEats, food delivery apps have swept across Latin America. But PanalFresh from Bolivia has a very different mission: It is not just about convenience, but helping to reduce the wild inequality among those who grow what comes on Bolivian dinner plates.

PanalFresh allows small-scale farmers to sell and distribute their fruits and vegetables through an online marketplace. And the conscious consumers in Santa Cruz and Cochabamba that select their food in the online store to not only have a next-morning’s delivery to their doorstep, but also the assurance it will give poor farmers a better income.

“In Bolivia 2% of the plantations belong to big companies, but they produce 60% of the food”, says co-founder Andrea Puente. “Can you imagine the life and the competition to sell for the rest?”

“2% of the plantations belong to big companies, but they produce 60% of the food.”

Indeed, it is no secret that Bolivia’s food and agricultural system is largely inefficient and unequal. Bolivia has about 3,8 million hectars of agricultural land, according to FAO estimates – representing about 30% of its land area. Agriculture gives employment to about 30% of the workforce. However, it contributes only around 14% of GDP. And even worse, it fails to provide basic nourishment to its own people: The prevalence of undernourishment in Bolivia lies at a staggering 20%. Despite public and private issues, food security and agricultural reform remain huge challenges.

Part of the problem is simply the disconnect between rural, poor farmers and urban customers, says Andrea Puente. “Farmers are cultivating products that are not demanded.”

Just by switching to PanalFresh, they can already capture 10-15% better prices, she claims. But her team also advises farmers on the different crops that are in actual demand – such as planting arugula instead of simple lettuce, jumping up 40% in price. They currently work with two farmer’s organization and some individuals, reaching more than 400 farmers.

Building an app that works on the latest Iphones of young urban clients is one thing. But how to connect to the Bolivian countryside, where wifi is shaky at best, digital literacy scarce and people still trust tradition more than apps?

“With a lot of patience”, believes Andrea Puente. First, finding farmers with what she calls “ambition”. From there, a conversation begins – trying to engage them with the idea to change their old ways of doing business. “We are trying to build relationships in the long-term.”

Why do startups like PanalFresh that combine tech with a social mission receive so much attention, including winning the prestigious LATAM Seedstars competition?

Part of the answer lies in the digital divide that runs through our society. While one part of the world is debating blockchain, AI and internet-of-things, the other part of four billion people do not have any internet access, and nearly two billion do not have a mobile phone.

No one needs a smartphone, a cynic could insist, if people don’t even have foo. However, on the contrary: By disconnecting poor people from the increasingly digital world they are also robbed of the innovation and entrepreneurial opportunities it has to offer that could help lift them out of poverty.

This is where socially-minded and tech-savvy startups come in: “It’s an opportunity for startups and business like us start listening to farmers”, says Andrea Puente. “Combining technological knowledge with their labor that creates food for the world”.