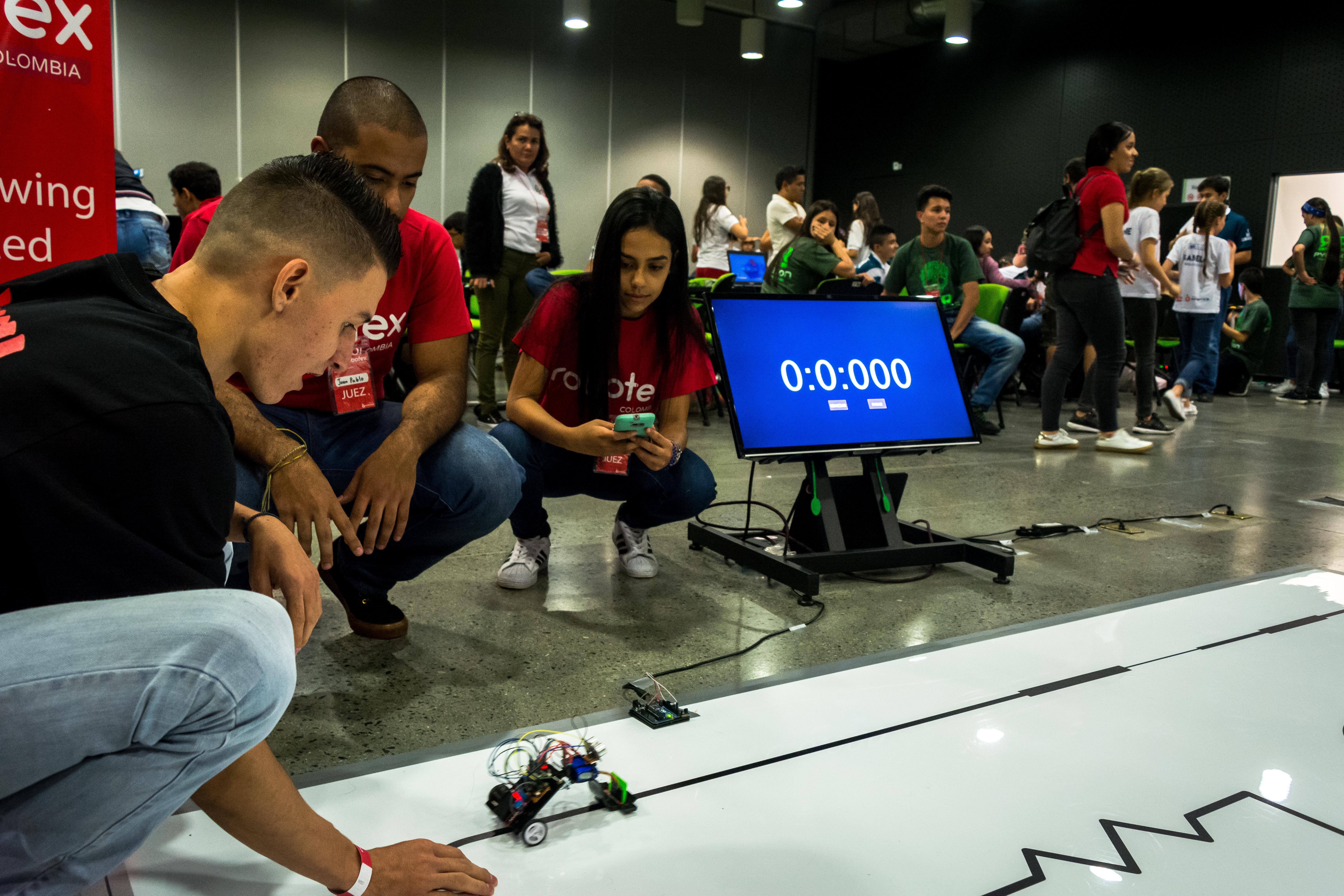 This weekend the globally-renowned robotics competition, Robotex, landed in Medellín, giving the city’s young tech enthusiasts the chance to showcase their mechanical and programming skills. Hosted by Robotex and Colombian company Kinetics, the two-day event saw 25 teams undertake five different challenges, designed to test a broad range of skills in the rapidly evolving field of robotics.

One challenge required teams to create an autonomous robot capable of following a line and overcoming various obstacles in the fastest time possible. Another – the so-called FolkRace – saw each team race their robots around a small track with the goal achieving the highest number of laps.

The robots were also pitted against each other in a sumo-wrestling-style battle in which each team tried to knock their opponent’s robot outside of a ring. In addition, the event included an entrepreneurial challenge aimed at encouraging design and creativity among the participants. The last challenge – the Robotex Master Challenge – required teams to design a robot to solve a real-world problem, this year related to agriculture, without any help from mentors.

The three best teams in each category took home cash prizes – the winning team also landing a free inscription to Robotex International, Robotex’s showpiece event which will take place in November in Tallinn, Estonia. Robotex International is the largest festival of robotics on the planet, bringing together thousands of engineers, executives, students and families for a weekend-long event including competitions, exhibitions, conferences and workshops. 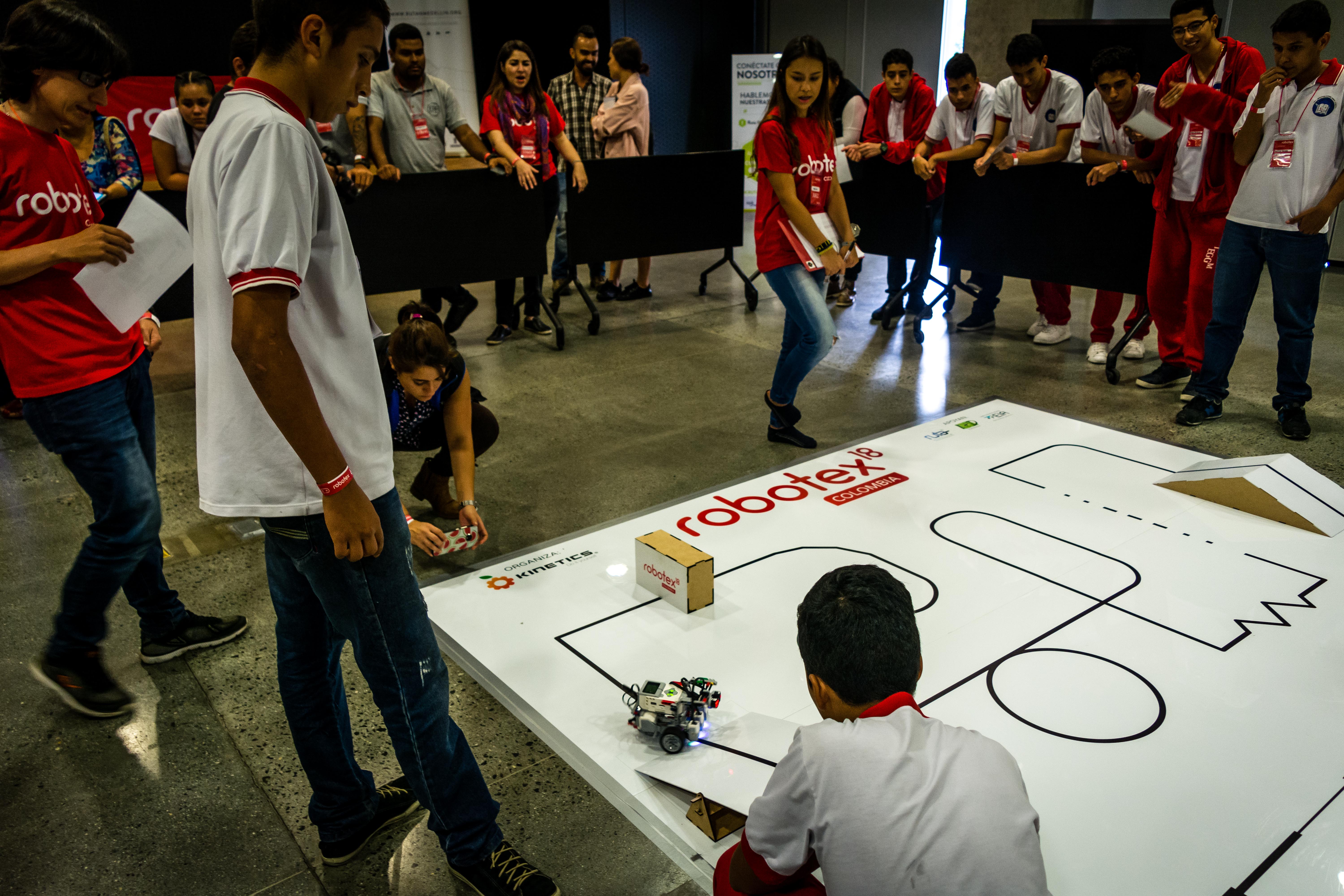 The organisers of Robotex Colombia hope that the success of this year’s competition will be good preparation for a larger event, in June or July 2019. The plan for next year’s event is to include competitions for a wider range of ability levels, as well as conferences and workshops.

“The idea is to attract more and more teams and show them what Robotex is about,” said Sander Gansen, chairman of the board at Robotex. “In two to three years, we want to be the biggest robotics event in Colombia and kickstart the frontier tech scene.”

This weekend’s event marks the first time that Robotex has hosted an event on Latin American soil. Robotex began as a small competition organised by university professors in Estonia, in 2001, and has since expanded rapidly. By 2008, students took over the organisation of the festival. By 2014, it was growing by 50 percent a year, at which point Robotex became a non-profit organisation and began organising events in different countries. The organisation now hosts events in 16 countries, including Cyprus, China, Greece and India, and Gansen hopes to increase that number to 25 in the coming years.

Gansen believes that both in Estonia and around the world, the amount of people and startups working on robotics is insufficient to support the field’s rapid development. “There’s a lack of talent worldwide, and a lack of frontier startups,” he said. By organising events around the globe, Robotex hopes to foster new frontier tech ecosystems and encourage young people to get involved in the field of robotics.

“Within ten years, we want to have helped set up 50,000 new robotics startups,” said Gansen, who also thinks that expanding Robotex’s events worldwide can help attract much-need tech talent to Estonia – a country with a fast-expanding tech industry and growing reputation as a European tech leader. 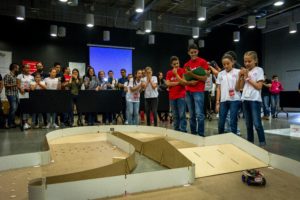 In Medellín, the event succeeded in attracting 25 teams, mostly made up of elementary school pupils and teenagers. Notably, the number of girls participating in Robotex Colombia was much higher than at other events, with several teams solely comprised of female mentors and pupils.

Robotex hopes that the event will help prepare its young participants for future societal changes brought about by developments in fields such as data science, machine learning, robotics and autonomous vehicles. According to Pritt Norak, competitions coordinator at Robotex, people will need to “re-educate themselves” as robots continue to replace a range of low-skilled jobs. Getting familiarised with robotics at an early age can thus offer a valuable head-start in adapting to these new challenges.

Robotex Colombia was held at Ruta N in Medellín on Friday 14th and Saturday 15th July. Next year’s event is planned for June or July. Robotex International will be held on 3oth November and 1st December 2019 in Tallinn, Estonia.