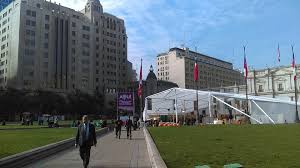 Signals given by the Chilean government are boosting the confidence of SMEs as shown by the latest monthly SME Perception and Expectations Index (IPEP) of the SMEs Barometer carried out by AVLA.

The perception of SMEs regarding their present and future has changed. According to the report, 84% in this segment feels that Chile is on the right path when it comes to political, economic and social aspects. This shows a huge spike in the figure from 36% in the November 2017 survey, almost 50% more than the penultimate report last year.

The report concludes its figures with data taken from surveys conducted between the end of March and the first half of April. The database comprised of 20,000 people, including directors, managers, assistant managers, and professionals linked to SMEs at a national level, along with 295 face-to-face surveys.

“It is striking that since November 2017 there has been a radical change in relation to the perspective that SMEs have about the country’s progress. There is a change of expectations that was clearly established and that has been consolidated in the last three months,”Pulso quoted Camilo Espinosa, study manager at AVLA, a financial solutions company for companies.

The Index also revealed that, while 56% of the November 2017 respondents considered the country to be on the wrong track, amongst the March respondents, only 8% think that Chile is going along this path. “We are in the presence of a sustained increase in the expectations of SMEs. The Perception and Expectations Index is at its highest point since we started the measurement in May of last year. We believe that this is a reflection of a change in the general mood of the different economic agents on the performance of our economy,” says Espinosa.

In fact, the survey demonstrates a great divergence between the current economic situation and economic expectations for the next 6 months. Only 12% of respondents believe that the situation of SMEs is currently stable. However, 58% estimate that this landscape will improve in the coming 6 months. In contrast, only 21% of the respondents felt that the Chilean economy is steady right now, and 79% felt that the next 6 months will show improvement.

Views regarding the world economy are also showing optimism. 33% of the respondents believe that it will improve even further in the next coming months. “We believe, that in general, the confidence for what will happen in the next six months is produced by an increase in the dynamism of economic activity, which adds to the start of a new Government that, it is assumed, is more pro-growth,” Espinosa said.

President Sebastián Piñera has been known to have given several signals to the SMEs during his candidacy and his government program. Chile’s Ministry of Economy has defined improving access to finance for SMEs as one of its major goals.

In this regard, Sebastián Piñera gave several signals to the SMEs during his candidacy, as well as in his Government Program. Even the Ministry of Economy has defined as one of its major axes to improve access to finance for small and medium enterprises. A part of this agenda was on the path to fulfillment last week when a willingness to accelerate the bill on “timely payment” to suppliers was put into motion, which directly affects the SMEs segment.