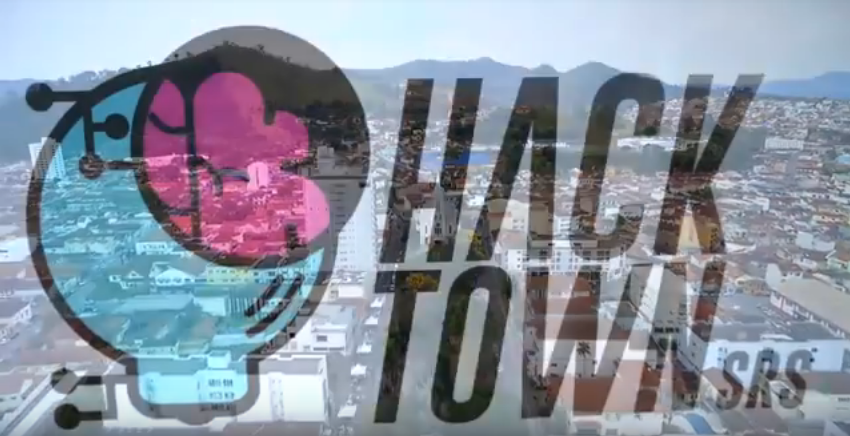 After the success of last year’s test run, Hack Town comes again to Santa Rita do Sapucai with four days of activity in one of the world’s most unusual startup hubs.

For those of you unfamiliar with Santa Rita do Sapucai, it is located in the southernmost part of Minas Gerais and has a population of just 40 thousand. However, this hasn’t stopped the region from emerging as a hub for all things technology in Brazil, and it is considered the ‘Electronics Valley’ by, well, everyone who’s heard of it. This is in part to it being the home of the National Institute of Telecommunications, or INATEL, for short.

The 2017 event will be the first proper demonstration after last year’s practice run, which saw a whole number of really cool events taking place, including VR demos and Edutech workshops, and it also featured more than 100 panels, workshops, shows, and lectures.

This year promises to further build upon the previous event and has even attracted the attention of Google, Uber, and IBM. Featured speakers of the upcoming event include Antonio Marcos Alberti, of the NovaGenesis Internet Project, who will be giving a lecture of Superintelligence. Also presenting is Hybrid Colab’s Co-founder Ana Cortat, who will discuss Overlapping Realities

The schedule contains a range of events taking place across different locations throughout Santa Rita. Attendees can find anything they want with more than two hundred workshops, lectures, and debates on subjects to suit everyone. All of these are spread across the city and housed in the likes of bars, restaurants and some more unusual places [but where those unusual places are is currently a mystery.]

The event itself begins Thursday afternoon and is open from 2PM, with a Facebook Developer Circle Meetup kicking things off as a pre-event from the same time and will focus on Exponential Connections. This runs for two hours and is followed in the evening by a Happy Hour with live musical performances.

On Friday, things really get underway and starts proper with a Mentoring Session for Startups and Developers, running from 9AM until 10AM. Also starting at this time is the ‘Impact of New Technologies’ lecture, headed by Igor Saraiva, Co-founder of the Service Design Network Brazilian chapter.

On Saturday, there is a lecture by Cleber Paradela of Sunset Communication which runs from 10:30 – 11:30 on AI where Paradela will discuss Myths, Truths, and post-truths. Sunday features a 3D Printing workshop where participants won’t just learn about how it works, but also get the opportunity to use the machine to create something for themselves.

And that’s just a tiny, tiny, tiny example of what’s on offer. To be frank, there is so much stuff going on during the four days that if I were to list them all you’d probably miss the event by the time I was finished. To avoid all that, the full schedule can be viewed here.

The schedule’s vastness is intimidating. There appears to be so much to do, there is literally not enough time to see everything. But this isn’t necessarily a bad thing, far from it, in fact.

Hack Town resembles the atmosphere of a festival in such a way that it is perhaps advisable to just enjoy yourself wandering around. Like any decent music festival, you are sure to stumble upon something fascinating. The fact there is [as yet unrevealed] music acts joining the party contributes to this atmosphere, too.

There are still tickets available, for now, they can be purchased here.