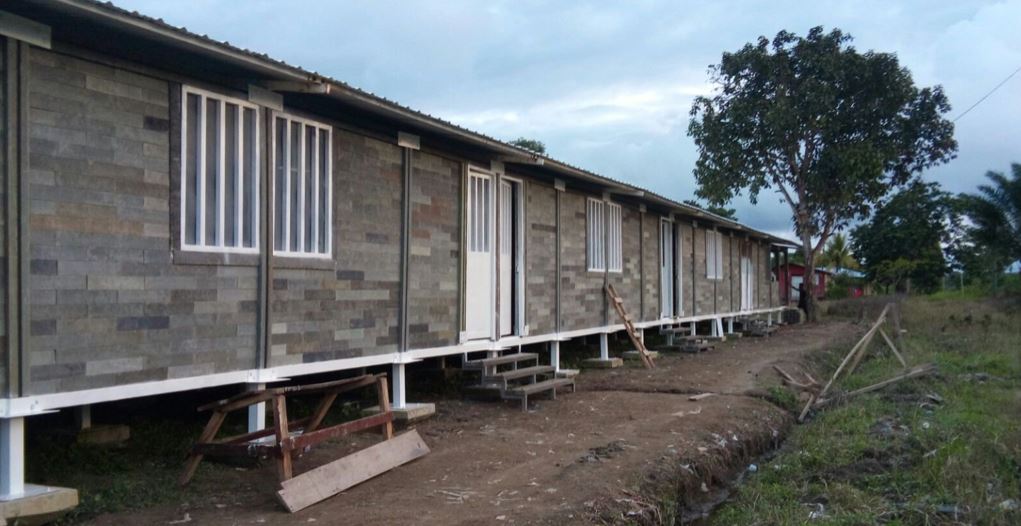 Óscar Andrés Méndez is the architect from Bogotá’s Javeriana University who co-founded Conceptos Plásticos, a company that uses recycled plastic materials to form lego-style bricks which are then used to build houses.

Founded in 2011, the project started off with an environmental concern, explained co-founder Méndez in an interview with W Radio. As the company developed, the team began to consider how it could also have a positive social impact–now one of the most important aspects of the company–which finally led them to the idea of building houses.

Conceptos Plásticos works with both recycling groups and enterprises in Bogotá which accumulate plastic waste that is then melted and poured into a mould to form the bricks, via a process called extrusion. By avoiding the transfer of used plastics to refuse sites, water and energy costs are reduced, along with CO2 emissions.

Based on a lego model, the bricks have a simple structure which allows them to slot together easily, in order to both facilitate and accelerate the construction process. 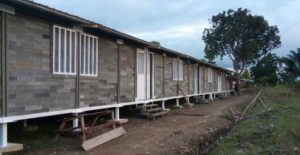 The company’s goal, however, is not just about providing housing resources for communities in Colombia’s rural and remote areas that most need them, but empowering members of these communities to come together and build houses for themselves.

For Méndez and his team the idea was to generate a product that could enable anyone to take part in the construction process, regardless of their abilities, knowledge or financial resources.

Speaking to El Tiempo, the co-founder explained that a simple house takes just five days to build if the work is split between four people, and is 30% cheaper than the traditional construction process.

One community that has particularly benefited from the resources provided by Conceptos Plásticos are 42 families that were displaced by violence in Guapi, Cauca, in 2015. Thanks to the governmental support and financial backing from various NGOs, including United Nations, Colombia’s Unidad para la Atención y Reparación Integral a las Víctimas and the Central Emergency Response Fund, among others, the refugee community was able to construct accommodation whilst recycling 120 tonnes of plastic in the process.

Although their capacities as a construction material have been doubted, bricks made from recycled plastic are in fact, durable, impermeable and sturdy, Méndez explained to El Tiempo. “The problem we have is that these plastics take 500 years to biodegrade, and by converting them into a construction material, we can say that they also have a durability of 500 years,” he said.

As a result, the plastic bricks are able to resist all weather conditions and even tremors such as that of an earthquake.

In 2016, the company received a huge boost as it was nominated to represent Colombia in the ‘Chivas Venture’ competition, which awards funds of up to US $1 million for social entrepreneurs impacting positively on society through their business ventures. As a result, Conceptos Plásticos received US $300,000 in funding, along with unprecedented levels of both national and international exposure.

Having already found ways to install bathrooms and electricity into the houses, the company continues to work with designers in order to develop a method of manufacturing bricks for multi-level constructions.

Just last year, Conceptos Plásticos helped to install three refuge centres, four houses and is in the process of building ten more, for a community in Cartagena.

Expansion within Latin America is also a long-term goal Méndez has in mind, with a particular focus on countries within the continent that have a housing deficit up to 40% larger than the issue of plastic waste.