From 2014, when The Economist wrote the article, “The tragedy of Argentina: A century of decline” to today, with Argentina having the 3rd largest venture capital market for deals in Latam, Argentina has experienced a massive economic turnaround in just a few short years. This week’s Mody’s rating upgrade from B3 to B2 has added to the excitement brewing for the future of innovation in Argentina and brought to the surface questions as to how the new incuBAte program in Buenos Aires will impact the country and what is expected to develop in 2018.

In 2011, when NXTP Labs started work in venture capital in Argentina, they were pioneers, and in 2013, they gained support from Multilateral Investment Fund, which became the lead Series A investor in the NXTP Labs fund.

By 2015, NXTP Labs had 170+ portfolio investments, had become the most active early-stage fund in LATAM with accelerator operations in Argentina, Chile, Colombia, Mexico, and Uruguay, and were made into a case study for Harvard School of Business for real word situations for business managers.

Harvard Business School professor, Josh Lerner  stated, “This case study is to illustrate what the face of entrepreneurship in Latin America looks like today.” 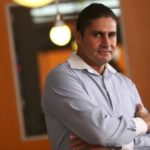 “The new challenge is that we are finding ourselves with a “happy problem, ” being that we have reversed the mortality rate of startups; this number has dropped from 55% to 8% in the last few years,” explains Francisco Coronel, Co-Founder, Managing Partner, and CFO of NXTP Labs. Continuing his own education, Francisco completed a technology leadership program in Singularity University at NASA Research, Silicon Valley recently.

On 29 November 2017, Moody’s “upgraded the Government of Argentina’s issuer and senior unsecured ratings to B2 from B3 and assigned a stable outlook.” The key drivers were macroeconomic reforms by the Argentinian government meant to address longstanding economic distortions and the likelihood that reforms will continue to maintain positive economic growth.

The Macri administration’s pension, labor, and tax reforms for macroeconomic stabilization that have bolstered the Moody’s rating are improving competitiveness, lowering the cost of hiring employees, reducing the fiscal deficit, and reducing energy subsidies.

Leveraging this economic turnaround is the city of Buenos Aires, who has created incuBAte, an incubator competition program open to citizens around the world with interests in starting or growing a startup in Buenos Aires in 2018. Projects must be submitted by December 28, 2017 to be considered for the April 2018 decision. Winners from 10 categories from AgroTech to Tourism will receive funding of approximately $9,000-26,000 USD, plus 11.5 months of the incubation program worth about $20,000 USD.

Director General of Entrepreneurship for the City of Buenos Aires, Santiago Sena

Director General of Entrepreneurship for the City of Buenos Aires, Santiago Sena said in a press conference on December 13th that incuBAte’s longer program is different from others in the region, such as StartUp Chile. He explained that entrepreneurs, in particular startups from outside of Argentina, will need the extended time to develop relationships that business people in Argentina expect to grow in confidence, as social capital cannot be imported ready to use.

For a seemingly small but highly valued part of the mentorship and training, Santiago knows that the adage of “location, location, location” is true everywhere, and they have an opportunity map system for location advice for entrepreneurs to help them make data-based and not emotion-based decisions.

Logistically, incuBAte has the assurance of being able to obtain business visas for the length of the program for expat entrepreneurs, and their scope is not limited to ideas inclusively only to Buenos Aires, as this program could be utilized for a soft-landing strategy for a startup’s global growth.

Santiago mentioned that Argentina has unique factors of a past of market failures and insufficiencies that have created opportunities for new solutions from entrepreneurs entering the Buenos Aires market. 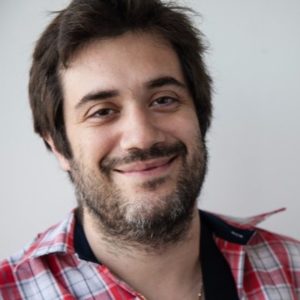 Reaching out out for a comment from Argentinian native, Mariano Stampella, who heads business development at intive in the US and was the previous CEO of FDV, a software development company based in Bueno Aires that intive acquired this year, Stampella believes there is a third factor that will ensure Argentina’s future as an innovation center and had the following to say.

“When conversations come up abroad about tech in Latin America, countries like Brazil and Mexico tend to dominate, however, many people aren’t aware of the strengths of Argentina. For example, Argentina is home to the highest number of tech unicorns within Latin America, including MercadoLibre, valued at $9 billion and companies like Globant provide a huge amount of code to Silicon Valley companies. Additionally, improving STEM education is a goal of the national government and Argentina has the biggest one laptop per child program in the world.”