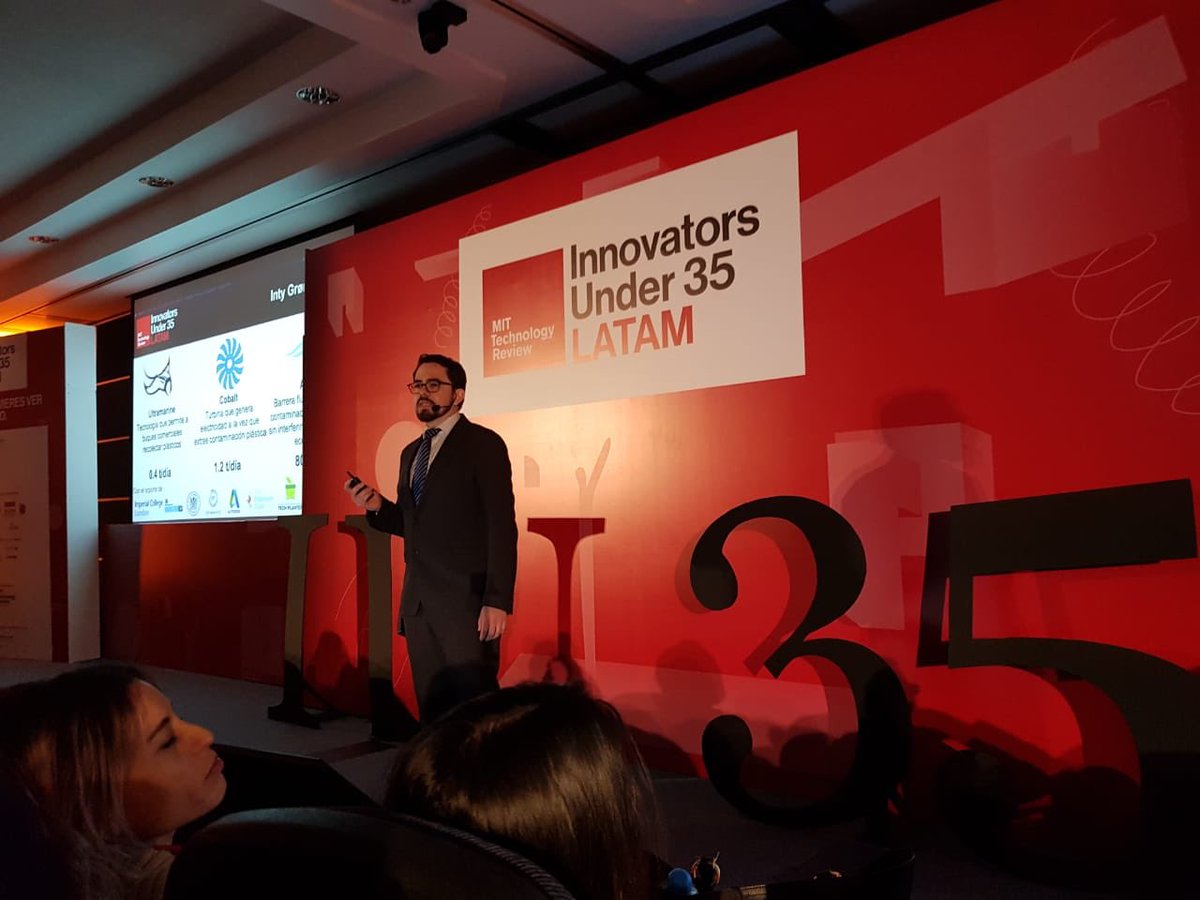 Ecuadorean Inty Grønneberg has been named Latin America’s inventor of the year by prestigous university MIT (Massacheussets Institute of Technology). Grønneberg, who is also half-Norwegian, won the accolade for his invention that promises to rid rivers and, by extension, oceans as well of plastic.

Grønneberg is currently a PhD researcher at Imperial College’s Dyson School of Design Engineering and the startup he co-founded with colleague Robert Rouse is named Ichthion and aims to reduce plastic in marine ecosystems and it was awarded £600,000 from Innovate UK to accelerate the market launch of their technology.

According to Ichthion’s website, an estimated 150 tonnes of plastic has contaminated the ocean and a further 12 million tonnes enter the marine environment annually. The resulting pollution is responsible for 10,000 deaths a year of marine and aquatic life. In addition to this, the major concern about plastics is when they break down and are absorbed by aquatic animals as microplastics which can then enter the human food chain.

Ichthion hopes to change this dismal record. Their product Azure, for example, promises to collect 80 tonnes of plastic in rivers that can act as a barrier to prevent it from reaching the ocean.

The startup is also in talks to develop a similar system attached to the turbines of ships that can do the job enroute to their destination. A recent video teases out the marine inspiration for Ultramarine, where the founders modeled their design on suckerfish which latches on to other marine animals and feeds off their waste and morsels.

News of the accolade reached all the way to the top in Ecuador with Ecuadorean President Lenin Moreno tweeting out with national pride. Thanking President Moreno, Grønneberg tweeted out in response: “Let’s transform Ecuador into a sustainable energy development center to generate employment and be pioneers in environmental solutions.”

The accolade was announced on November 19 and was icing on the cake for Grønneberg as he was previously listed among Latin America’s most innovative entrepreneurs under 35.  MIT has been awarding Innovators under 35 since 1999 now though the Latin American version of this award has been in place since 2012.