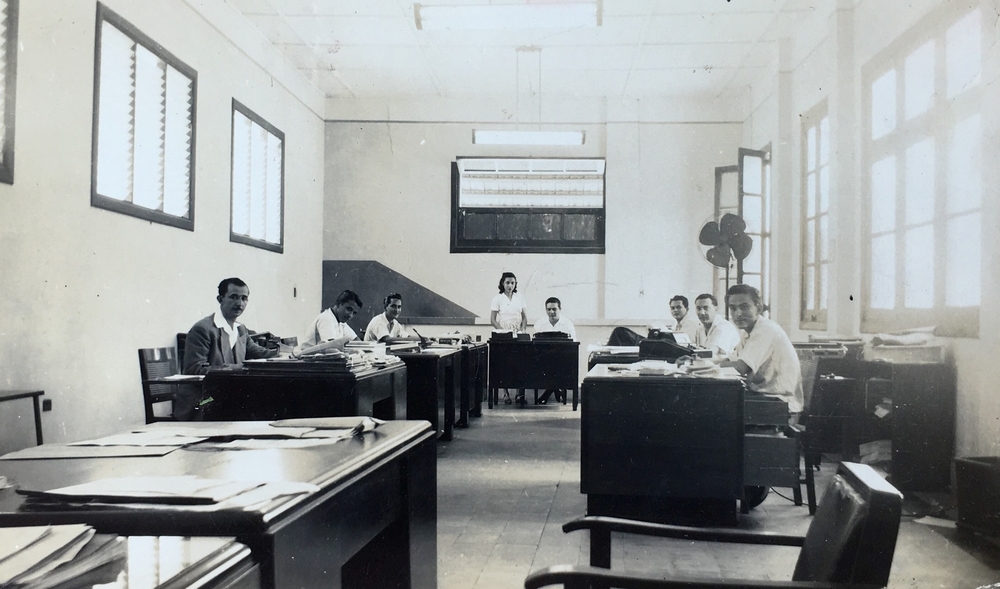 Built in Bogotá, Torre is the creator of award-winning platforms and services to match job candidates with their ideal opportunities, and employers with their ideal candidates. The company “dream[s] of the day when all seven billion humans, no matter their gender, nationality, location, or socioeconomic background, will be able to fairly participate in the global market and make their work fulfilling.”

It’s a bold, expansive vision – but one that’s rooted in humble, restrictive circumstances.  To understand, we have to know the story of María Emma Torrenegra, Torrenegra’s grandmother.

Born in 1913, María Emma grew up in a conservative Barranquilla, where young girls had not ever had the opportunity to finish high school and attend university.  A bright and dedicated student, María Emma was lucky enough to be one of the first students to attend a first-of-its-kind women’s university.

But María Emma would never have the opportunity to fully realize her potential.  Her studies were restricted to stenography the only degree offered by the university.  Upon graduation her father died, and María Emma found herself stuck in a job supporting her entire family, ironically paying for her brothers’ university educations in the various fields she herself wasn’t permitted to pursue.

Fast-forward a century, give-or-take, and María Emma’s grandson and Torre CEO points out that children across Colombia and Latin America still grow up with unequal opportunities and discrimination that limit who they can be and what they can do.  Like his grandmother, they never have the chance to explore their options – to get the job they dream of, the job they’re best suited for.

The numbers corroborate a grim outlook.  At the current pace, it will take about a generation for Latin American and the Caribbean nations to achieve universal access to even the most basic services necessary to ensure human opportunity, according to a report on human opportunity by the World Bank.

But Alexander Torrenegra and Torre Technologies are optimistic about the future, and they’re doing their part to bring about change. Taking inspiration Torrenegra’s grandmother – for whom Torre is named – the company has remained committed to inspiring the disadvantaged to persevere and to levelling the playing field.

This commitment started when Torre’s CEO met Tania Zapata – an aspiring voice actress from Bogotá struggling to land the work she deserved – and the two created a platform capable of linking voice over actors across the world with the most suitable project available.  With sophisticated algorithms capable of identifying the best voices on the planet for each project, VoiceBunny provided more equal access to opportunity for aspiring actors lacking the capital and connections to kickstart their career.  That’s not to mention the fact it shortened a weeks-long process for delivering a finished recording to one that takes under an hour.

From there, Torrenegra set the growing company’s sights on offering similar services to similar ends in other creative industries.  In 2014, Torre’s predecessor Bunny Inc. was born, its stated goal “to make work fulfilling for everyone.”

But over the course of the company’s evolution, even Torre itself has faced socioeconomic barriers to realizing their own potential.  Lacking access to the knowledge, business intelligence, advice, and capital afforded to their American competitors in Silicon Valley, Torre needed to break into the US tech scene.

The plan was, in part, to bring Torre’s Chief Operations Officer, Santiago Jaramillo, to San Francisco to build the team they needed there.  But, with everything in place, Jaramillo was denied a visa.

“Because of its [the United States’] current, nonsensical immigration morass,” Torrenegra explains, Torre wasn’t permitted to build its company in the states.

Alexander ultimately managed to move Torre into Silicon Valley with the help of Puente Labs, a company dedicated to assisting Latin American entrepreneurs break into Silicon Valley and scale their businesses globally.  Puente Labs mentored Torrenegra and Zapata on the move and connected them to the investment opportunities they needed.

With help from Puente Labs, Torre got its foot in the door.  And now Torre and its CEO are looking to help disadvantaged others do the same thing.  The company is currently at work on “building the largest creative product service the world has ever seen,” hoping to replicate the concept and success of its flagship service, VoiceBunny, in other industries and to give a leg-up to the younger generation of upcoming entrepreneurs around the world.

To the youth of Colombia still finding more than their share of closed doors, Torre’s CEO also wants them to remember that such circumstances breed resiliency, and often afford distinct advantages. His COO, for example, couldn’t get a Visa.  So instead he turned around, went to Bogotá, and built a team in Colombia that has kept the company at the forefront of its industry.

“The socio-economic factors may seem a limitation at first,” Torrenegra says. “[B]ut they can eventually become an advantage.”

“Hopefully, in the not-so-distant future, all children will get equal chances and education, and we’ll look back and realize how senseless we were to discriminate against our own children.”